The film, which is based on a true story, stars Shailene Woodley and Sam Claflin as Tami Oldham Ashcraft and Richard Sharp, sailors who embarked on a voyage from Tahiti to San Diego in 1983.

The pair run into Hurricane Raymond during their journey - one of the worst hurricanes in history. The movie depicts events leading up to the trip as well as the storm and its aftermath.

She auditioned for the role in New Zealand and was flown to Fiji to start shooting, knowing very little about her character. 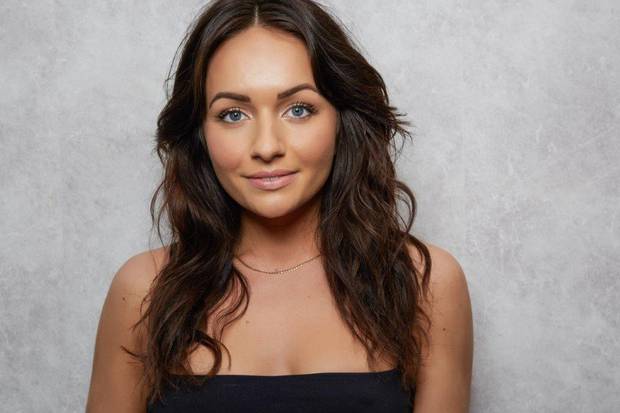 "I went into it pretty blind I'll be honest, then on my first day I realised that the director of photography was Quentin Tarantino's right-hand man and he'd won a bunch of Oscars. The first assistant director had just come off Dunkirk and done Inception - so all of these people were of such a high calibre, it was rather overwhelming."

Palmer said she had never worked on something that had such a huge budget.

"I had a stand-in, where you have someone that looks kind of like you and they basically put them in and line up all their cameras, and then you just go in and take their place and do the scene," Palmer said.

"It's such a well oiled machine, there's no waiting around."

She said she gelled with Claflin and Woodley while they were shooting in Fiji.

"They were the most incredibly professional but kind people. The first night I was there we went out and sang karaoke at some dive bar in Suva. It was just so normal," Palmer said.

She left the show last year during the 25th birthday special episode, when Mt Ferndale erupted and her character died while giving birth in a car half-buried in volcanic ash.

Palmer said it was hard to leave the show, but it felt like the right time to chase her dreams of working on the big screen.

"I was 22 and I had no mortgage and no kids, it's kind of an opportunity in your life to be completely and utterly selfish and just follow your dreams," Palmer said.

She said Adrift enabled her to find a good manager in the United States.

"I've been living between Beverly Hills and New Zealand since January. I do like it over there but home is home. You do have to be over there and do the grind, be willing to get to know people."

• Adrift premiered in the United States on June 1 and will premiere in New Zealand on June 28.