He became an international movie star thanks to the Harry Potter films, but Tom Felton doesn't look like Draco Malfoy anymore.

The 31-year-old appeared on UK show Good Morning Britain looking worlds away from his child star past. 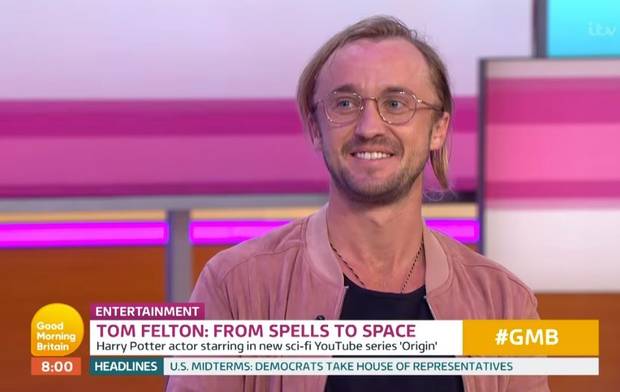 Wearing his darker hair in a man bun and sporting glasses, Felton admitted the "Harry Potter flame is not going anywhere anytime soon".

"Obviously, yeah, it has changed my life beyond recognition," he said. "But at the same time, I don't really see myself as a Harry Potter star. I only feel like that when I sit here and get questions (about) that."

Felton played Draco Malfoy when he was just 14 until he turned 23.

He's also a lot more open and honest about what the role did for him than his co-stars:

"For the past decade we haven't had much freedom to do other projects," he told the Daily Mail in 2010.

"I ­certainly haven't had much freedom to keep my own hair colour, or lay in the sun, or do anything remotely dangerous like skiing."