On one hand, we were overwhelmed with happiness for the beautiful couple.

But our heart was also tearing apart with the realisation that Prince Harry is officially off the market.

So to cheer ourselves up we went searching for other eligible Royal bachelors and found ourselves two possible future husbands.

Queen Elizabeth's great nephew is 24th in line for the British throne.

And in case you were worried about how he might look in CK's, well you'll be more than relieved: 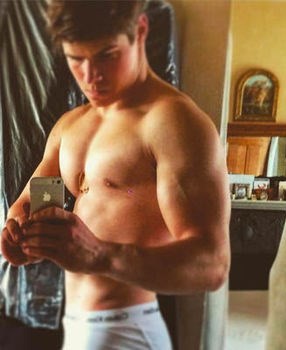 Who needs Hazza when you've got Arthur?

Cousin to Harry and William from their mother's side, the handsome fella is in line to inherit his father's title, which would make him Earl Spencer.

Technically, the title is that of an aristocrat rather than a royal; but as his future wife you will still be a countess, which still sounds rather fancy.

He's also set to inherit the family fortune of over NZ$280 million, not that money matters when he's this much of a cutie:

So no need to be upset with the knowledge that these two gorgeous men are out there!