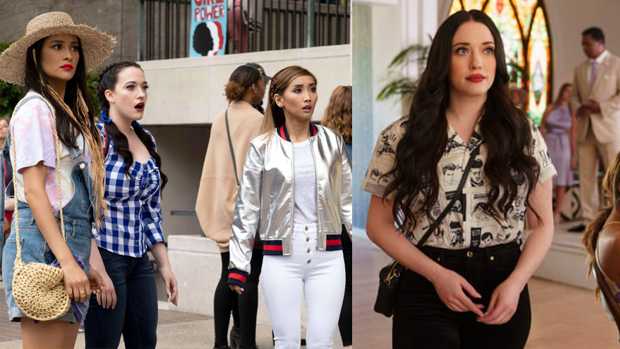 Looking for a new show to binge? This is the perfect girl power show for you!

Kat Dennings stars in a new show, 'Dollface', all about her character Jules reentering the world of female friendship after a seriously sucky dumping.

The show follows Jules, as she tries to deal with her own imagination to literally and metaphorically reenter the world of women and rekindle the female friendships she left behind when she met her ex.

In an interview with The Herald, Dennings says she went through a similar experience.

"It's a fairly common mistake I think everybody makes, you know, you fall hard for somebody and lose all track of your circle. Unless you don't and you're some sort of very evolved person," she jokes to The Herald.

The show, executive-produced by Dennings and none other than Australian superstar Margot Robbie, even let her coin the name, borrowed from a term of endearment she had with her ex-boyfriend.

"I had a big, big relationship in my 20s. We're still friends to this day, and he used to call me dollface," she says before revealing that she didn't actually like it.

With the help of a bus driver that's a talking cat (yes, really) Jules rekindles her friendship with Madison (Brenda Song), and Stella (Shay Mitchell). The comedy offers a fresh twist on the romantic comedy genre, with romantic love being pushed to the side in favour of friendships and the relationship with oneself.

Full of laughs, wholesome moments and a whole lot of girl power, you're not going to want to turn this one off!

So grab the girls, or cuddle up on the couch, and chuck this on- you won't regret it.