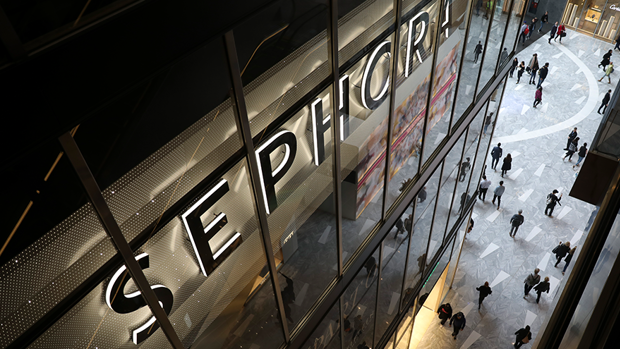 French beauty giant Sephora could soon open it's first New Zealand store, with work on a three-storey Auckland site about to get underway!

Work on a retail space at 146-152 Queen St is tipped to begin within the coming weeks and the retailer is sparing no cost - reportedly splashing out millions for the fit-out, to the tune of more than $5 million.

The large store which will be housed in a heritage building will be similar in concept to other flagship stores it has located around the world. A source said there were rumours the fit-out includes an elevator, interesting lighting fixtures and elaborate signage.

"It will definitely stick out," the source told the Herald.The fit-out is understood to be as lavish as it gets when it comes to retail stores.

The Herald understands Sephora wants the store complete within a matter of months, which means it will likely be open in time for the Christmas rush.

It is understood that Sephora has been on the hunt for a local firm to do the work for quite some time, and the building selected for the store has already been undergoing structural development.

Speculation of Sephora opening a New Zealand store has been rife for the best part of five years, though the retailer has remained tight-lipped on its plans for the New Zealand market.

Sephora has quietly been running a local online store and delivering its product around the country, for quite sometime, and in May last year registered Sephora New Zealand with the Companies Office, under parent company LVMH Moet Hennessy Louis Vuitton SE.

Retail analyst Chris Wilkinson said he expected the store to follow the traditional model of providing a "journey-like experience" for consumers.

"In many cases, they will have the tills located on the upper floor so it makes people trample through the store. People spend a long time in Sephora stores, typically longer than they would in a Mecca Maxima," Wilkinson said.

Sephora is hugely popular particularly with millennials who engage with the brand on social media. In the last few years the retailer has had double-digit growth in store sales and profitability, and is pushing into new markets.

"There was an expectation that it may be at 277 Broadway in Newmarket or that it went to Commercial Bay but what this will do for that part of town, and Auckland, is it creates a really strong cluster."