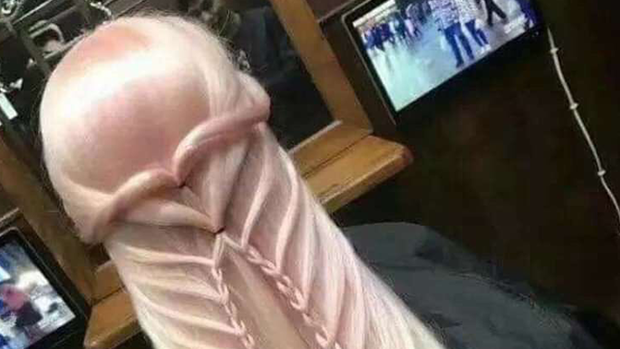 Can't a girl just post a pic of her cute hairstyle??

A photo of a woman's braided hairstyle has gone viral because some people thought it resembles a penis.

The woman's braid led some dirty-minded social media users to share it, saying it looked rather x-rated.

The photo went viral on Twitter where users said it very much reminds them of a phallic object.

"I must be tired because I thought this was the throbbiest of penises," Stephanie Yeboah wrote when she shared the images.

I must be tired because I thought this was the throbbiest of penises. https://t.co/nX5jH5oVC9

She wasn't the only one to mistake the intricate hairstyle for a phallus.

More than 2000 people liked the tweet, and hundreds of comments agreed with her.

"It wasn't until I read your tweet that I realised it wasn't," one person replied.

"I thought you'd just posted a giant penis too... my eyes were shooketh," someone else said.