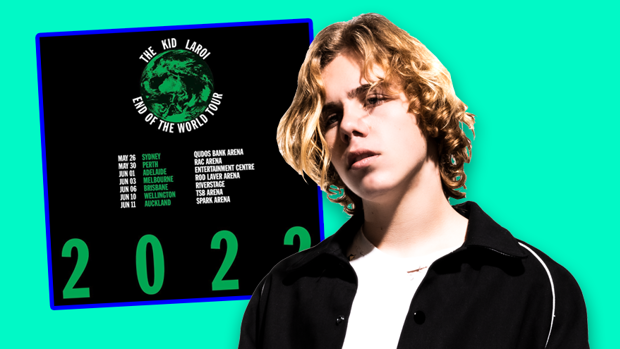 It seems some big things are on the way from 18-year-old Aussie, The Kid LAROI.

Fresh off his VMAs performance with Justin Beiber, The Kid LAROI has announced an Australasia Tour which includes two New Zealand shows!

The tour kicks off in May 2022, with five shows across Australia before the "Without You" singer comes across the Tasman to Aotearoa for his shows at TSB Arena in Wellington on June 10th, and Auckland's Spark Arena on June 11th.

His mixtape F*CK LOVE topped the Australian album charts, and he became the youngest ever Australian solo artist to do so.

Since then, he's performed on numerous US shows including Jimmy Fallon, Ellen and SNL. Yesterday, he took to the stage with Bieber at the MTV Video Music Awards.

Tickets for the show go on sale at 11am on Friday 17th September HERE.